What are PID Free Solar Panels?

While concerns have been raised around the way in which these panels are tested, PID remains a serious problem affecting a number of solar installations. We certainly feel that it is worth taking the time to understand what PID is and what you can do to protect your system against its effects.

What is PID?
Potential induced degradation or PID is a process that causes silicon solar modules to reduce their output when operating at high voltages for long periods of time. In some solar power plant systems PID, also known as “surface polarization” has been found to cause drops in output of up to 30% after only a few years of operation. Luckily, the effect is usually temporary and when detected early can often be completely reversed.

What Causes PID?
PID is caused by current in the form of negative ions ‘leaking’ out of the panel. When panels are connected with a high voltage potential between the cells and the aluminium frame, ions are released inside the cell and driven through the glass or encapsulation material to the frame on the outside. Research has found that some cells and modules are more prone to PID than others and that the process is more serious in hot and humid climates.

High potential difference between cells and frame cause negative ions to ‘leak’ out to the frame.

The most important driver for PID is high voltages, usually over 100VDC. But an equally important factor is the direction of this voltage. Studies indicate that PID only occurs when the entire system is operating at a negative voltage to earth (ground).

On the module level, studies have highlighted the role of sodium in solar glass or encapsulating material in transporting ions during PID. In fact, using panels with replacement materials has been found to completely prevent PID in many cases. The worst offending components appear to be soda-lime glass and EVA and PVB encapsulation materials. 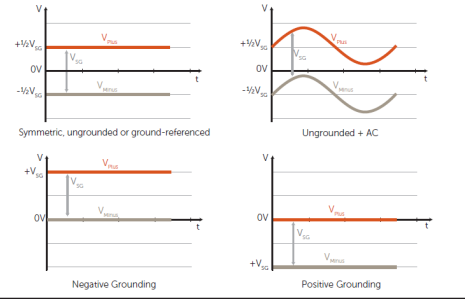 Sodium can also be present in the cells themselves. Many modern solar cells use an anti-reflective coating (ARC) to reduce light reflection and improve module efficiency. These coatings can also contain sodium and accelerate the effects of PID.

How to detect PID
Solar experts can use a variety of methods to detect the presence of PID. These include current-voltage analysis, infrared photography and even electro luminescence (EL) imaging. Whilst these can be time consuming they are extremely valuable in the long run if the result is restoring lost performance.

Reversing the Effects of PID
The most practical and effective way is to design the system in such a way as to avoid high negative voltages in the first place. However this is not very useful advice for existing systems. It is possible to adjust the way the system is grounded by updating the system design or introducing new components that counter the effects. Transformer inverters and offset boxes are both able to provide grounding or reverse potential to counteract the effects of PID.

There are also more and more ‘PID Free’ solar panels entering the market. This often means that the panels have been tested with high negative voltages and been observed not to significantly reduce their output. There have however been some questions about the effectiveness of such tests to accurately predict how panels will actually perform in real world conditions.

http://www.pv-magazine.com/archive/articles/beitrag/no-confidence-in-manufacturer-tests-_100012909/572/#axzz3mMhGe4sI. There is certainly no guarantee that these panels are able to counteract issues at the system design level.

Have you had experience with PID or PID free panels? Let us know in the comments below…

Credit to solarleading for blog article.